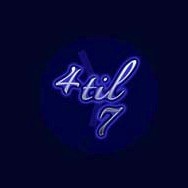 Buddhism says that everything is an illusion to which at least one man replied they were (still) really great noodles. Other people say the only meaning events and things have is that which we give them. If that’s true, why not reimagine the forces that shape our lives as a set of fields comparable of those of the fundamental forces of physics including gravity, electricity.

The first one I noticed is the Stuff Field. For a while we were so poor

that at the end of every month, we waited for G*d to parachute in the rent. Even though we couldn’t pay for the bills and afford food, the stuff. still. just. showed. up. I don’t mean that people brought us stuff. I mean that it literally just showed up. Maybe it was abandoned, maybe it fell off a truck, maybe it appeared out of thin air. Things just appear in the living room, on the driveway, on the backporch, in the trunk. When I tell people that there is a Stuff Field in America, a field that just naturally pulls stuff to everyone who lives here, the recognition shows up on their faces and they start nodding.

Over the last few years, the assortment of stuff that the field has pushed at us has spread into every room in our house: drinking glasses, a push broom, some hand tools, recycling tubs, scrap lumber and on and on until it’s become a standard part of the flow of stuff that eventually passes on from us to others. The latest thing the stuff field has pushed at me is an aqua green women’s bike. After three days of walking out with my first cup of coffee to ponder its aqua green stuff-ness, I surrendered and rolled it on to the porch. It has, by the way, two flat tubes but is otherwise functional and looking to be adopted by someone who appreciates its particular stuff-y-ness.

My wife and I keep discussing this American Stuff Field. We both agree that the stuff field is (on one hand) completely made up idea, and (on the other) a poetic way to reslice some truth about living in America today out of the illusion. And, this poetic truth can be tested. Like a science theory, it’s a model and it makes a prediction about stuff just showing up in essentially inexplicable ways. Help me test my theory. If you can think of at least one notable item that has “just appeared” in your life, comment or tweet it with the hashtag #stuffField